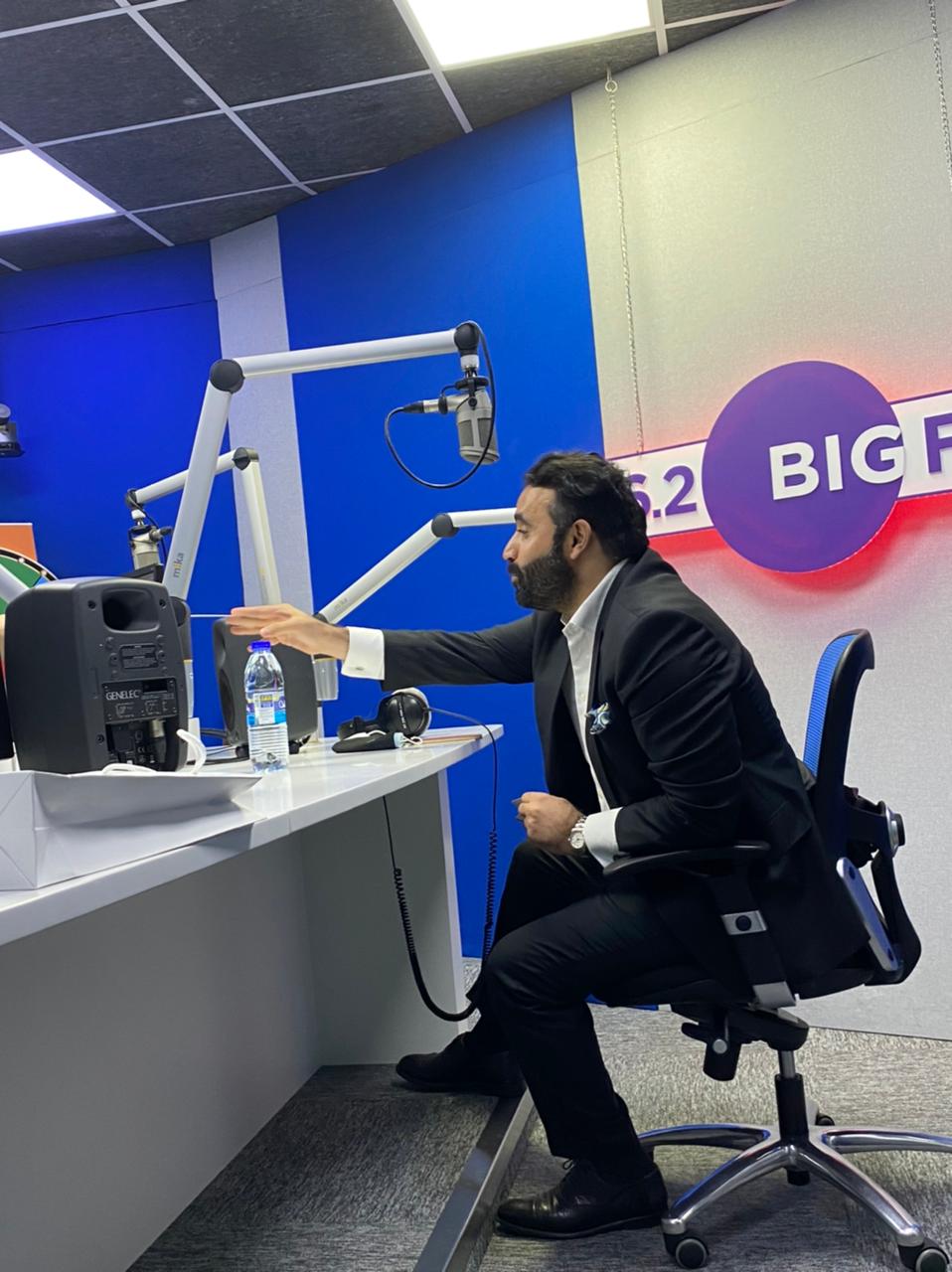 H.H. Consul General Masood Ahmad Azizi was invited by the Radio BIG FM 106.2 in Dubai for an interview. Answering live questions on air he highlighted the bilateral friendly ties with the UAE, considering it a great strategic partner and even the second home for many Afghans. "UAE was one of the first countries that outreached Afghanistan under Covide-19", he went on to say. He also mentioned about the range of activities performed by the Afghan Consulate in Dubai and northern Emirates, playing the role of a bridge between the two nations, encouraging bilateral trade and investment. He appreciated the opportunities provided by the UAE government to Afghans for work and businesses and offered the unique business opportunities for foreigners to invest in energy, national resources, and young generation in Afghanistan. He also touched upon the rich cultural heritage and tradition of his country as part of its identity over its long history. Consequently, he expressed his intention to open a joint culture center and radio in Dubai. 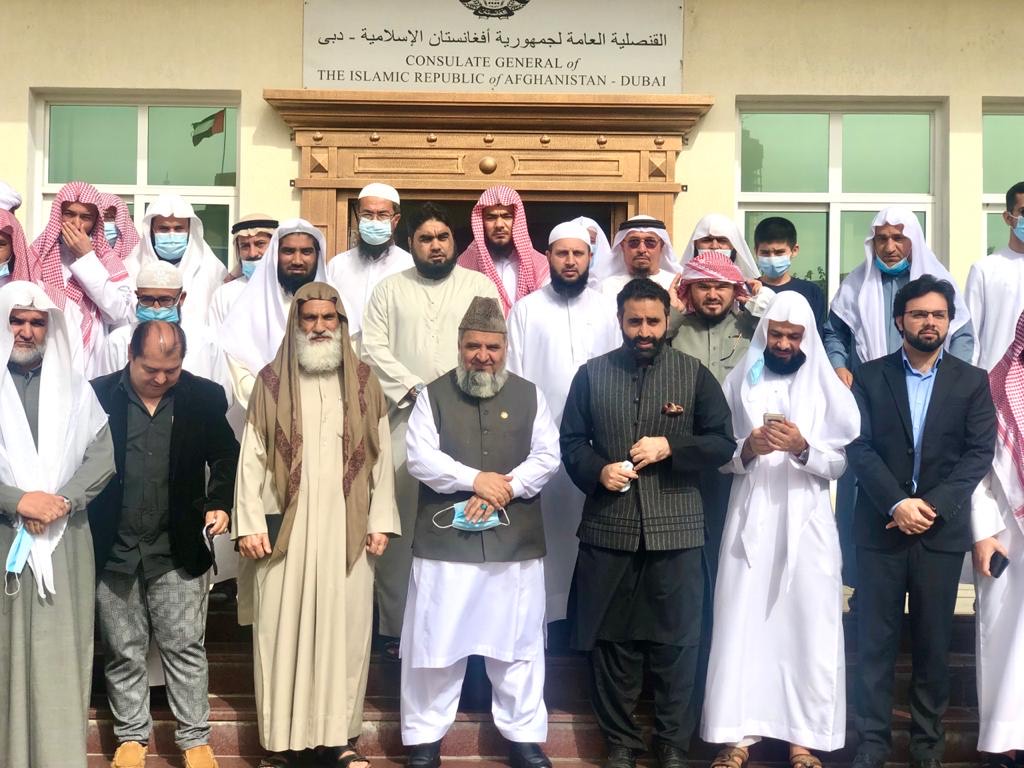 Afghan Minister of Hajj and Religious Affairs Dr. Mohammad Qasim Halimi, held a meeting with the UAE-based Afghan religious scholars in Dubai. Speaking to the guests the Minister stressed on the important role played by the religious scholars in maintaining peace and security in Afghanistan. The Afghan Consulate General Masood Ahmad Azizi also welcomed the guests and took note of their suggestions and advice as important. He said to hold regular such meetings in the future to keep in touch and respond to these suggestions and to address their concerns. 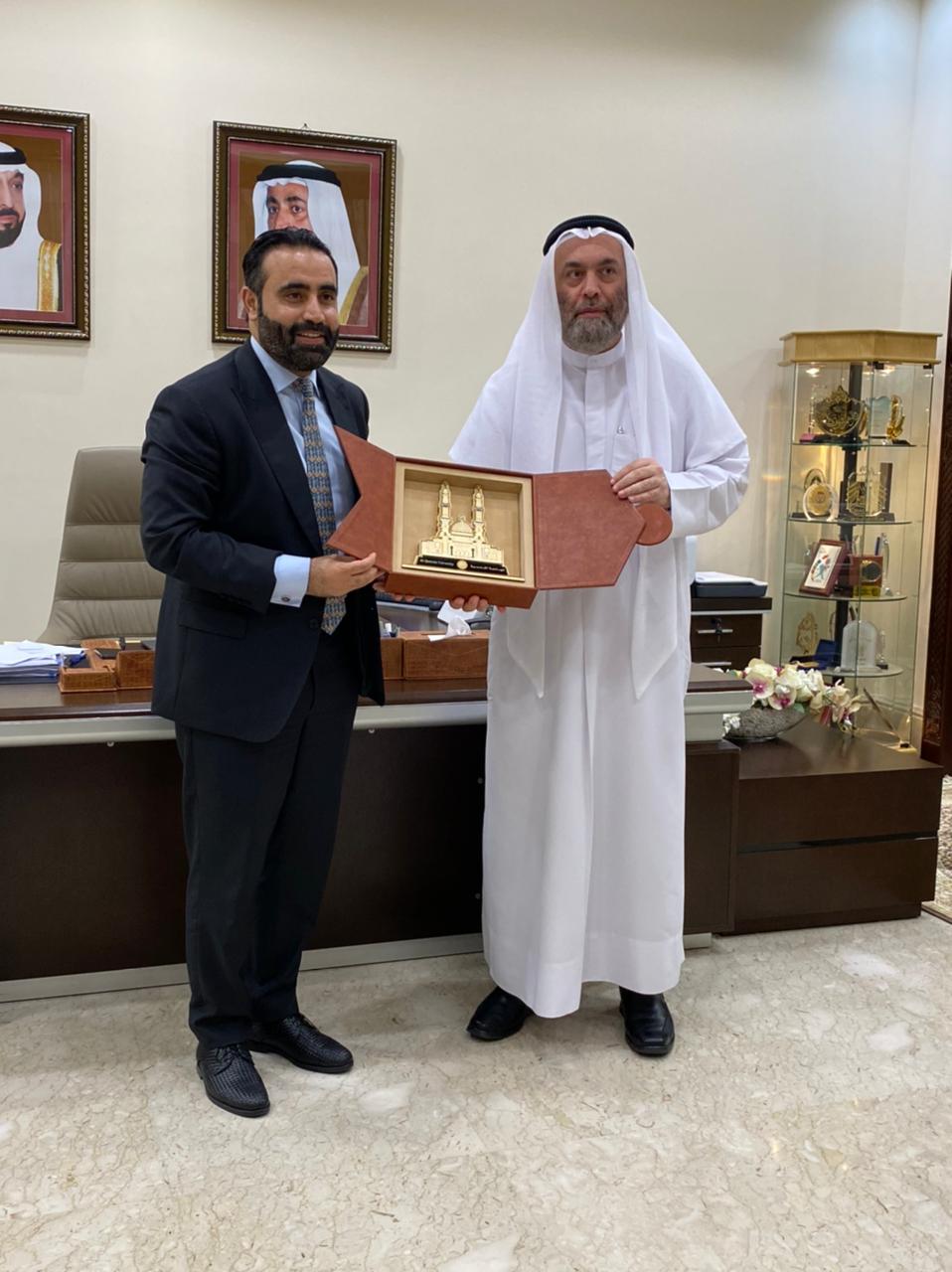 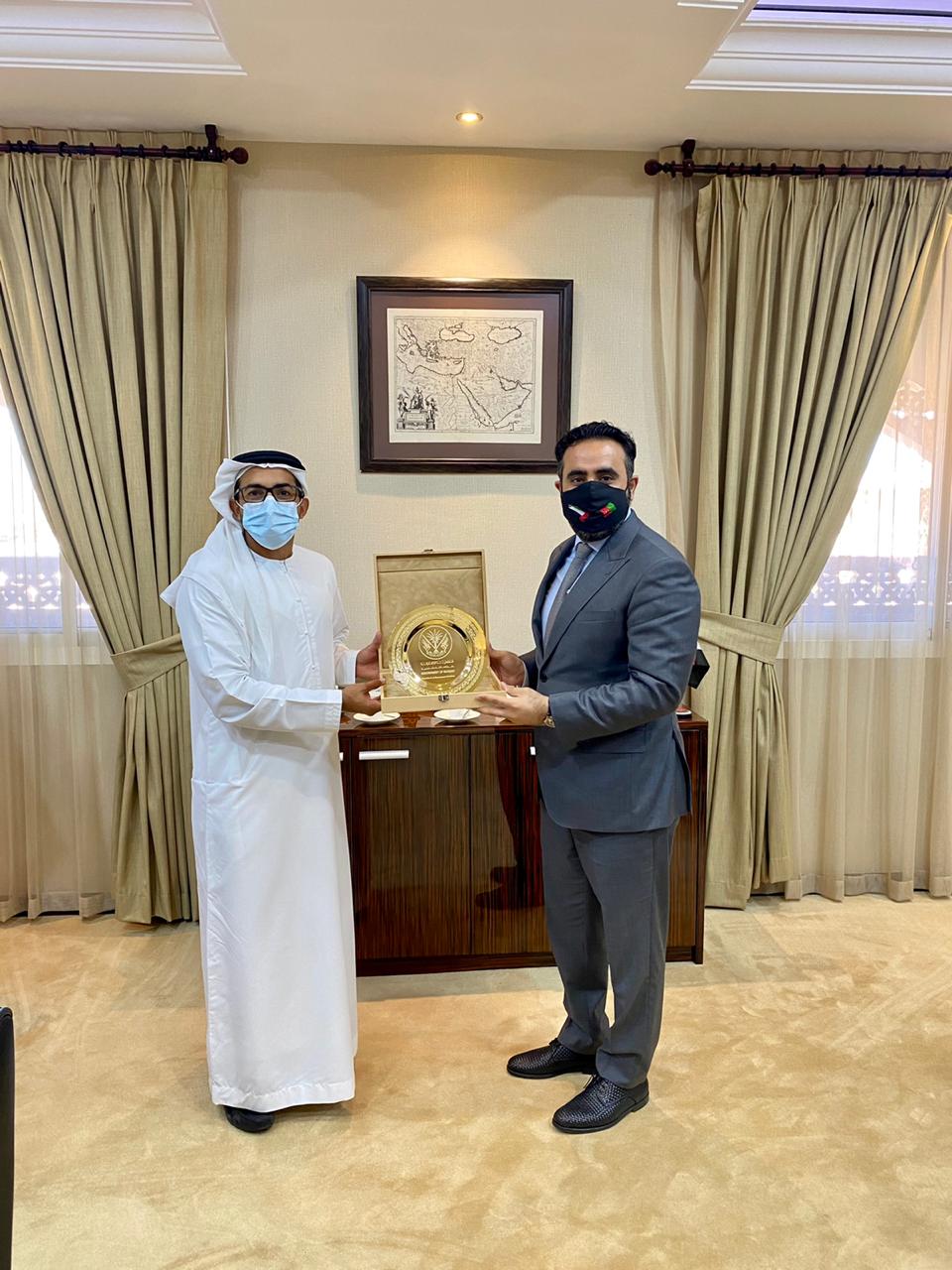 A meeting was held by His Excellency Masoud Azizi, General Consul of Afghanistan in Dubai and Sheikh Fahim AlQasimi, Head of the Government Relations Department in Sharjah.. For cultural and economic cooperation, investment and supporting Afghans inside the UAE and in Afghanistan, facilitating visa procedures, increasing Afghan employment, scholarships for Afghan students, supporting digital education , exchanging cultures And working on providing Afghan digital media platform. 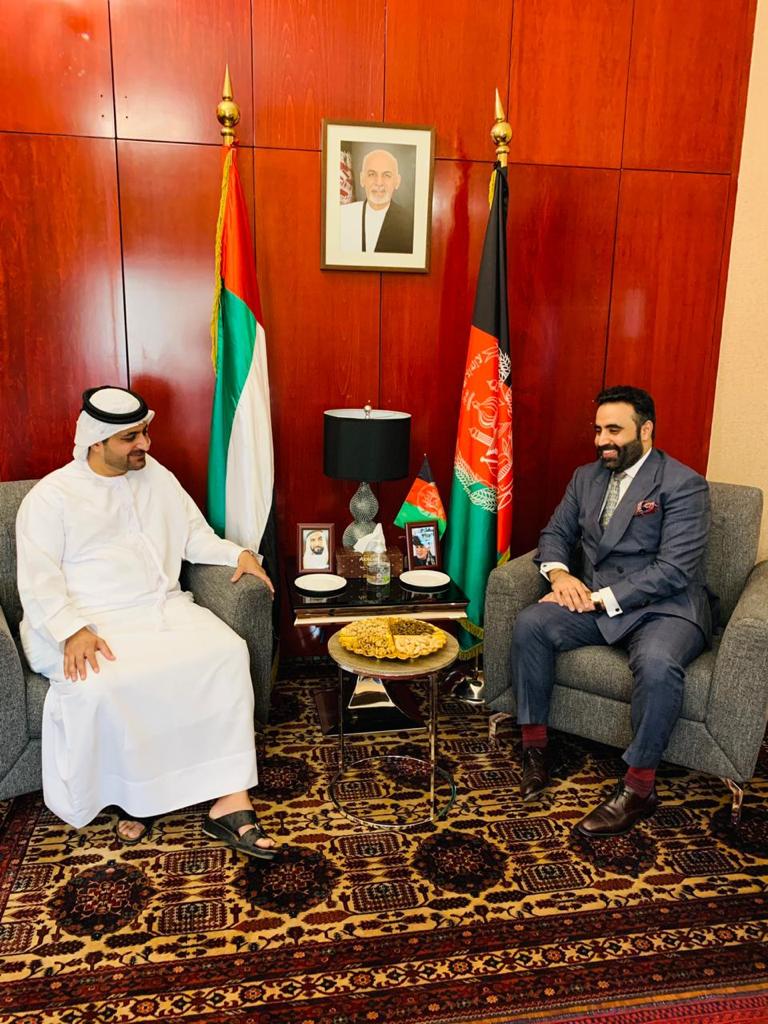 JANUARY 07, 2021 - SIGNING AN AGREEMENT OF COOPERATION WITH LAWFIRM AL SAWALHI 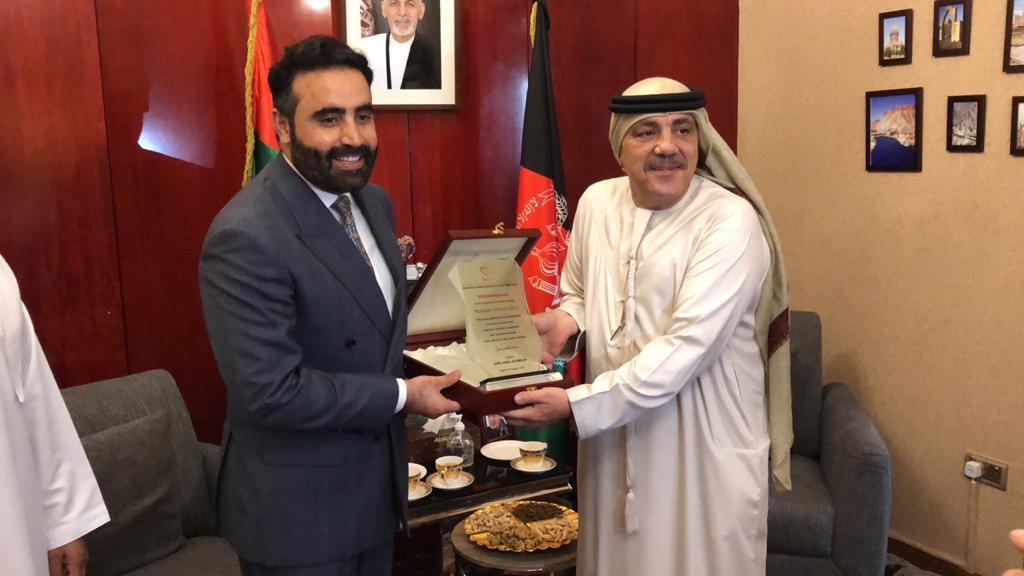 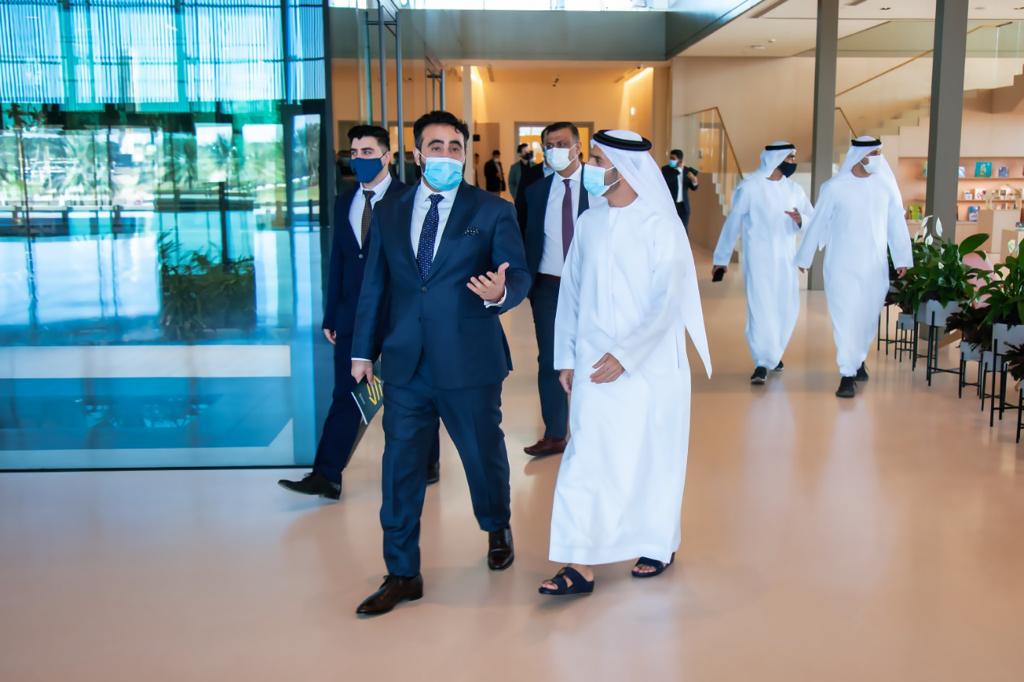 A group of Afghan prominent businessmen active in the UAE accompanied by the Afghan Consul General H.E. Masood Ahmad Azizi, visited H.E. Marwan bin Jassim Al Sarkal, CEO of Shurooq, the Sharjah Investment & Development Authority in the House of Wisdom.
In this meeting, the following topics were discussed:
The series of such meeting will continue in the future to address the problems and challenges of Afghan businessmen, workers and residents in the United Arab Emirates.
NOVEMBER 5, 2020 - VISIT OF THE PAKISTAN CONSUL GENERAL 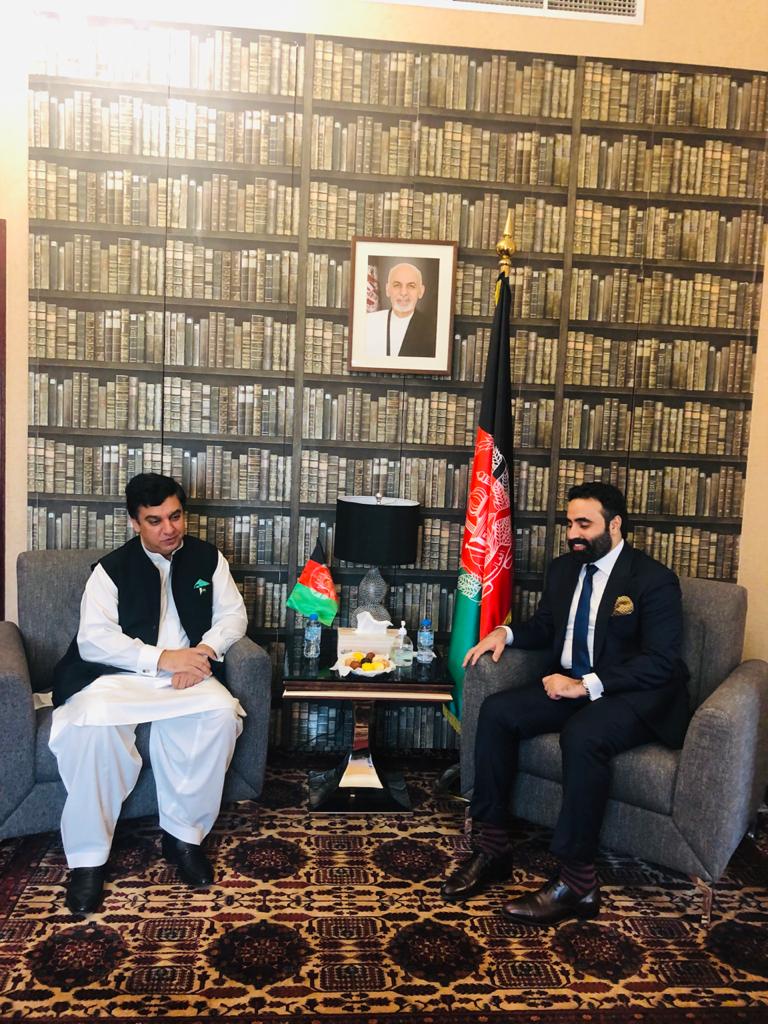 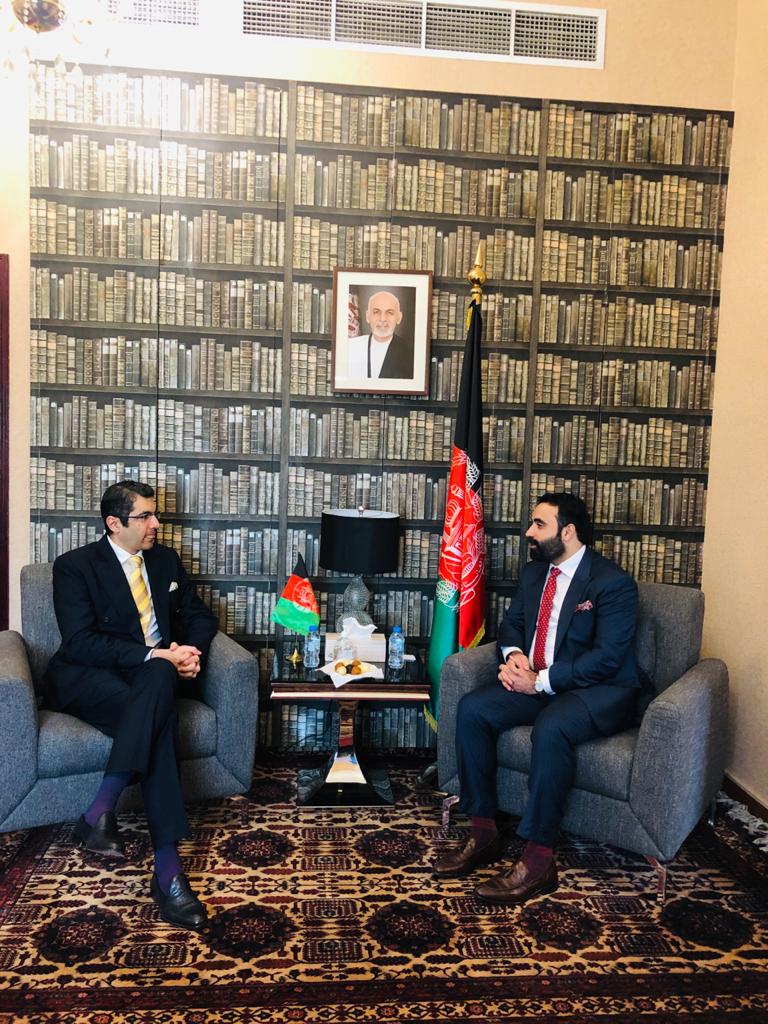 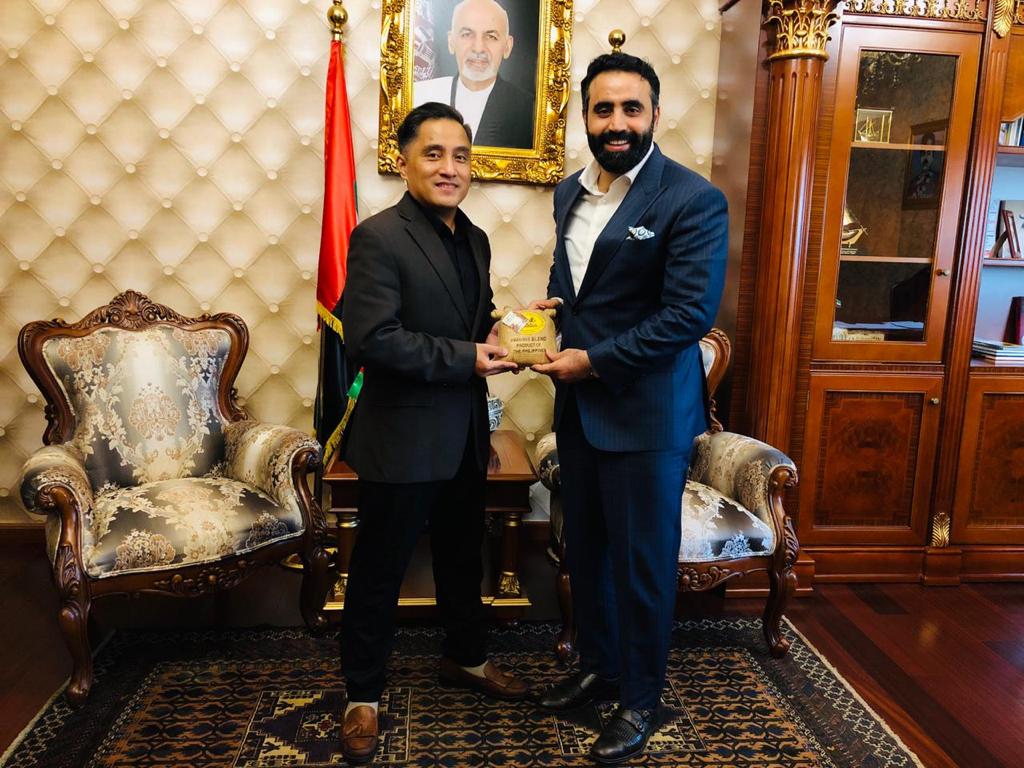