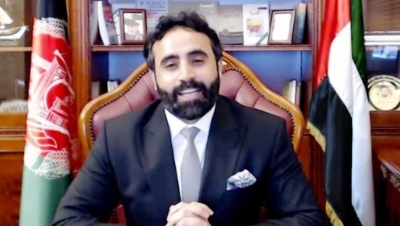 Mr. Masood Ahmad Azizi has proven executive experience at senior levels, having worked with national prominent government leaders and senior representatives as well as international community (whether military or civilian); and a strong track record of being able to motivate and inspire citizens through a positive vision of the future and the ability to communicate and deliver this vision effectively at home and abroad.

He was appointed by H.E Mohammad Ashraf Ghani president of the Islamic Republic of Afghanistan as Consul General for Dubai and Northern Emirates of the UAE. He presented his credentials to H.E Sheikh Maktoum bin Butti bin Suhail Al Maktoum, Director of the Office of the Ministry of Foreign Affairs and International Cooperation in Dubai on 16 March 2020.

He has spent most of his career in senior management and leadership positions with the government of Afghanistan:

Mr. Masood Ahmad Azizi received awards from presidents of the of Afghanistan for his best achievements and performances: